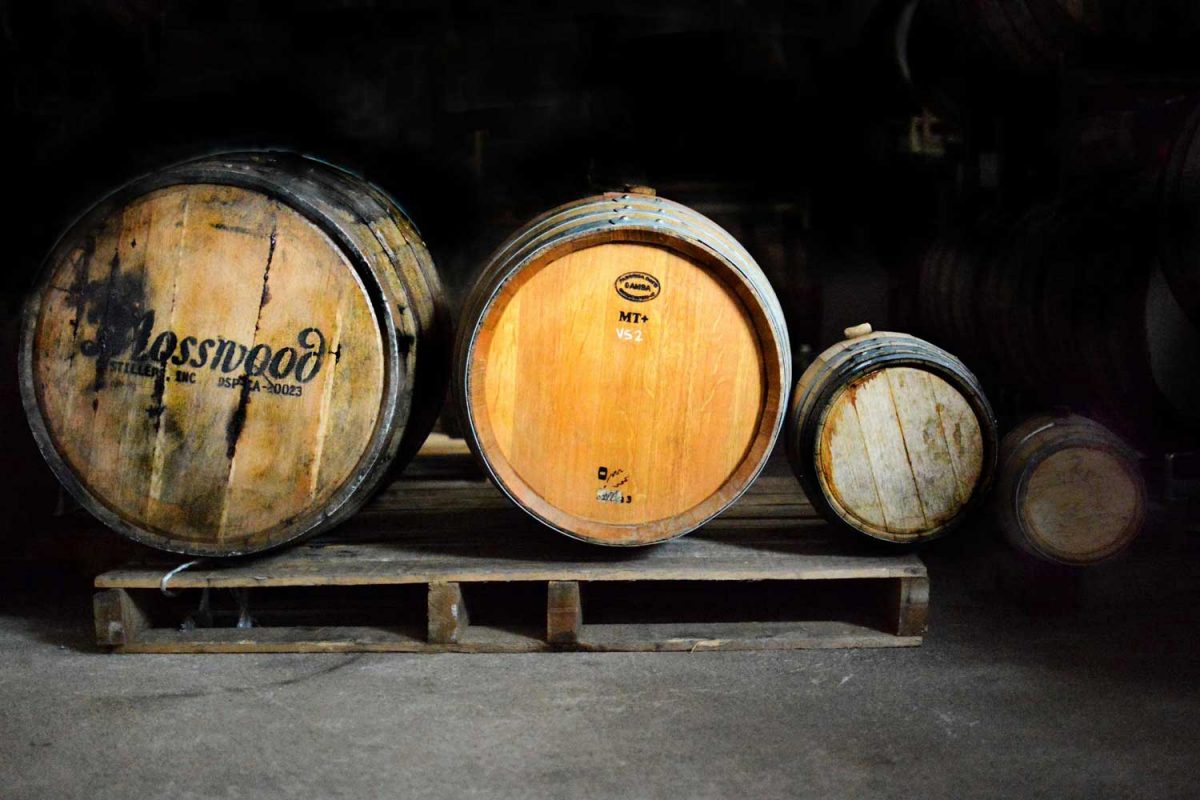 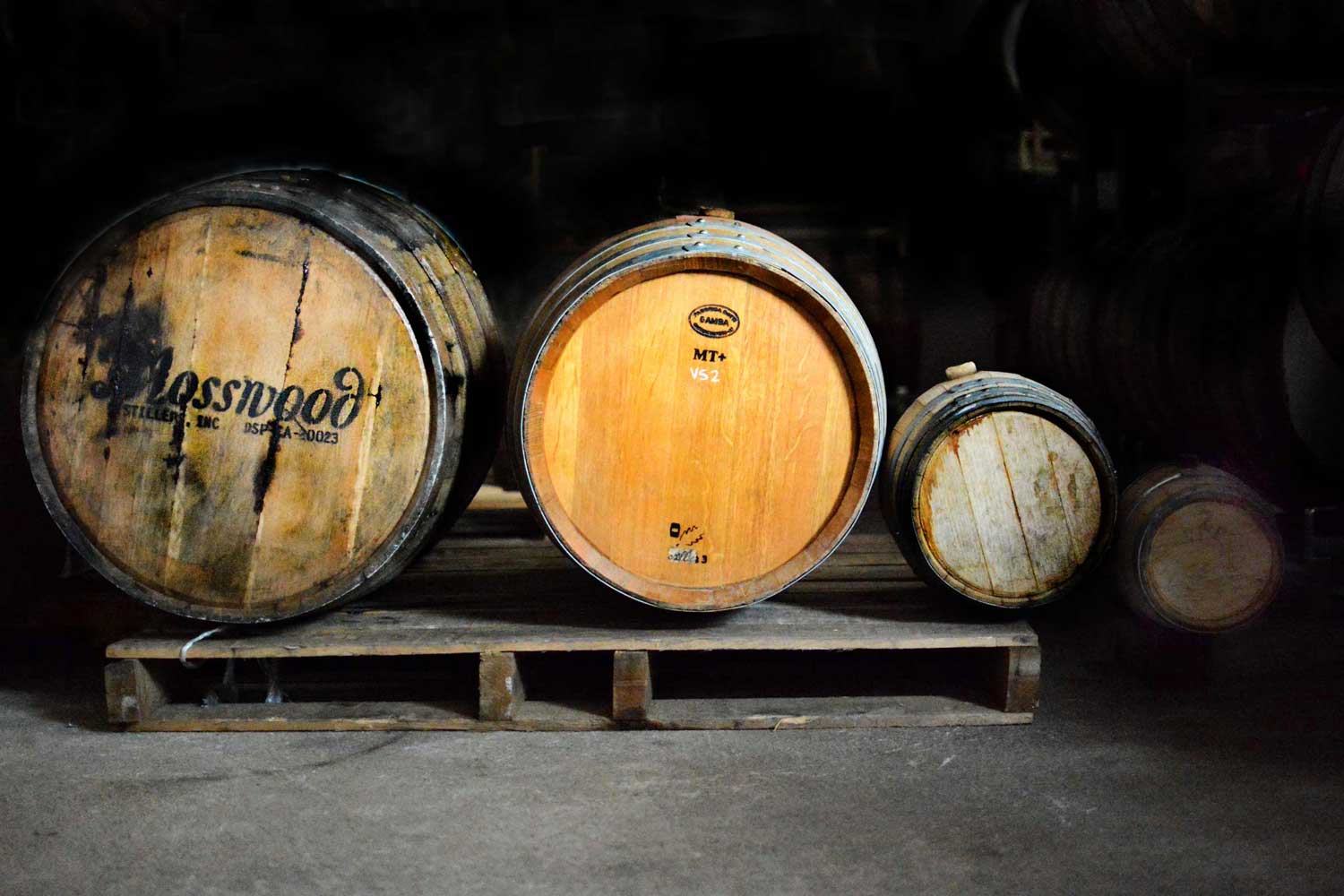 All spirits, no matter what the starting ingredients, are clear when they come off the still. Some stay that way, while others don’t.

Generally, those without herbs or other additives establish color from the aging process. And beyond just providing color, aging a spirit deserves credit for doling out much of the flavors and aromas.

That barrel is a time capsule of flavor and aroma, where the organic compounds in the alcohol react with the oak, breaking down long chain proteins through oxidation and maturation.

The History of Barrel Aging

Apply some logic, and it’s easy to assume that the historic spirits producer strategically barrel aged products for a desired flavor profile. Well… it’s more likely that barrel aging was established from the simple beginnings of storage. A wooden barrel was antiquity’s perfect storage vessel. Sugar, grains, water, beer, booze, and bulk kitchen staples were often stashed inside barrels. The sizable volume, combined with sturdiness and the ability to roll (while full!) proved helpful for a variety of industries. 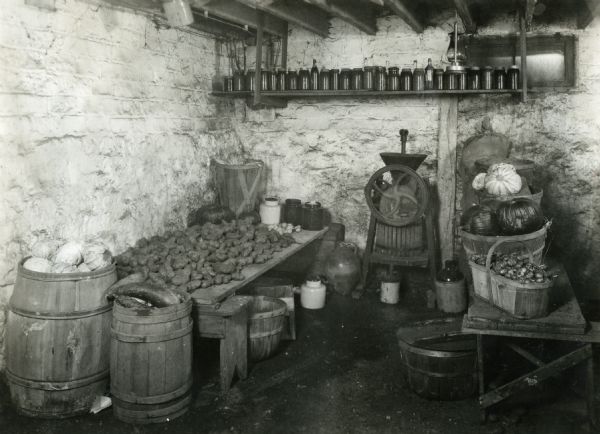 The history of barrel aged spirits spans far outside the US, but we’ll keep on our focus on American Whiskey. In the 1800’s, settlers seeking the adventurous horse-and-carriage trek to the Wild West took a long journey, mostly with barreled food and water. The fun ones also brought barrels of whiskey. In the West, whiskeys from the East and South became highly sought after goods. Why? Because on that journey, those whiskeys were aged longer than local counterparts, and they experienced turbulence along the way—which meant more contact between liquid and wood.

Whether it’s humans adopting an accent or animals physically adapting to their surroundings, it’s been shown that long periods of time spent in one particular place can lead to inheriting characteristics of said place. Same deal with spirits. Storing liquor in a wooden barrel leads to the liquid assuming traits of the wood, including a vegetal spice, golden brown hue, and slightly nutty aroma.

Take it a step further and toast that barrel with flames, and the spirits will take on a very different profile. When heat is introduced to the wood, the barrel begins to release wood sugars and caramelize, and the tannins turn toward vanilla. The wood darkens to a deeper hue as more heat is applied, leading the spirit that eventually inhabits that barrel to obtain a darker color. Barrel makers can toast and char barrels to a spirit company’s preference. A level one char is the lowest level, while five is typically the highest. Char preferences range across spirit categories and individual producers. Brandy, for instance, is often aged in lightly toasted barrels. While American Whiskey is often aged in heavily charred barrels. 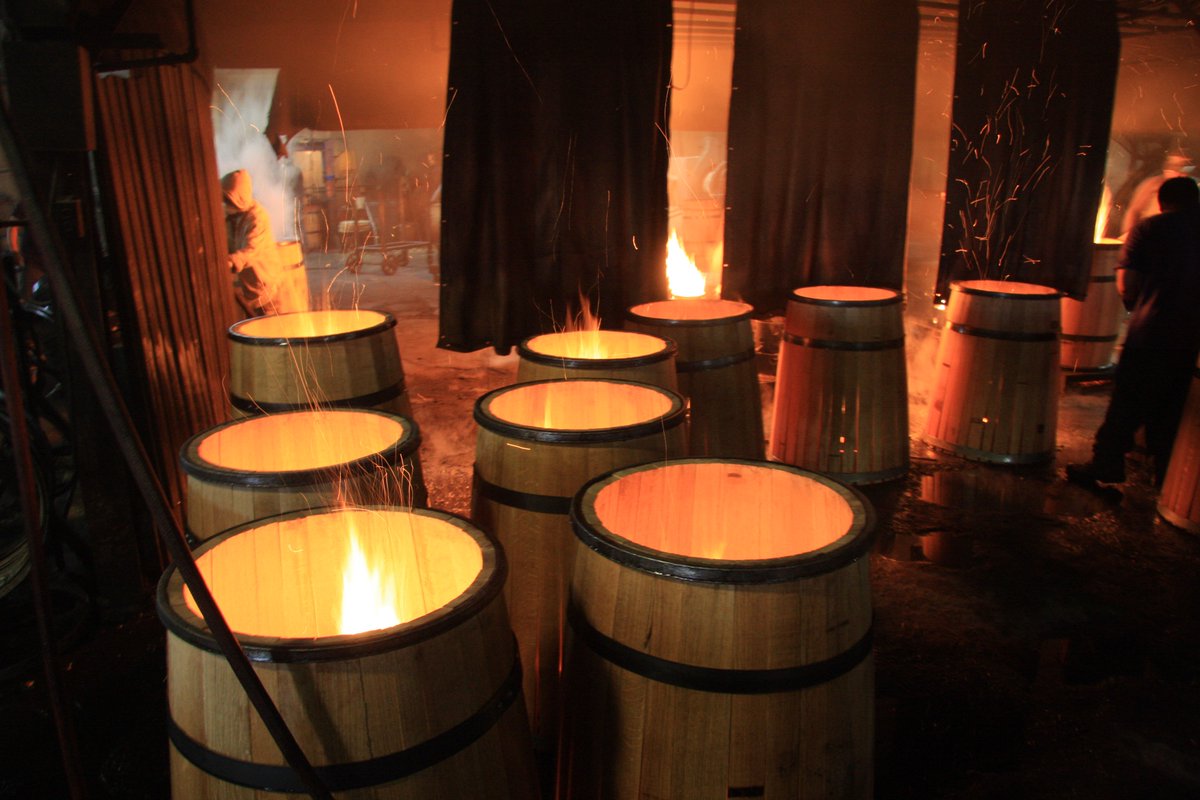 From there, time plays a major role in achieving a specific flavor profile relative to the toast or char. The first couple months after a spirit enters a barrel, there is a huge uptick of influence from the wood. Over time, the barrel influence remains prominent, but integrates itself in a more stable and harmonious way. Many producers prefer to highlight the spirits more than the barrel, which can be achieved with a lower char, or by aging spirits in used barrels—the more a barrel is employed, the less impact it has on the liquid inside. Used barrels are commonly put into service for aging Scotch Whiskies, Cognacs, and Añejo Tequilas.

Already our humble barrel is imposing its will on the spirit in question, but there’s more to it. The size of barrel determines the ratio of the wood’s surface area relative to the liquid—the smaller the barrel, the heavier the influence.

The environment plays a huge role in the barrel aging process as well. Oxygenating the spirits is the primary goal for any aging process. This releases volatiles and integrates the ethanol with the wood’s flavor and aroma compounds. Barrels breathe, therefore slowly oxidizing the spirits. Moving the barrels will produce air bubbles, further breaking up the compounds and forcing spirit integration. If the temperature is warmer, the ethanols will evaporate to the “angel’s share” at a higher rate than if the temperature is cooler. Some evaporation is important, but a balance of hot and cool days is ideal. In a humid climate, the alcohol will evaporate faster, while a drier climate will lead to more water evaporation, which results in a higher concentration of flavor and aroma in the alcohol. Either way, except in the case of cask strength spirits, the producer will usually add water to the spirit before bottling to reduce the proof to a more comfortable drinking percentage.

We at Mosswood execute atypical barreling techniques and “finishing” practices to create new and explorative whiskeys, a process sometimes referred to as Additional Cask Enhancement. Barrel finishing is when a spirit is moved from one barrel to another to complete its maturation cycle. Sherry, port, madeira, and wine barrels are all popular for finishing whiskeys, with each adding subtle aromas and flavors to a near-mature spirit, resulting in a deeper profile.

With so many factors to consider, it’s important to remember that a younger whiskey is not inherently inferior to an older whiskey, as barrels and aging methods vary. Ideally, a spirit is bottled when the aging has achieved the desired effect according to the individual producer. That said, the longer you keep something inside a barrel, the longer before your return on investment.

The barrel is a living, breathing time capsule, and a major factor in determining a spirit’s flavors, colors, and aromas. So however dark the spirit in your glass, whether it has the red hue of a wine finish or rich caramel flavors from a heavy char, or a light color despite a long aging in a used barrel, the hardworking barrel deserves our appreciation.